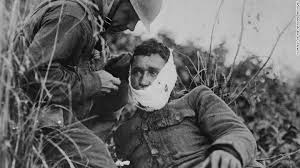 Poets today. Poets have been on my mind all week. T.S. Eliot penned the title of today’s blog. And his words resonate as we continue to face and attempt to deal with today’s reality. Some hours I put forth my overwhelming gratitude for the life that fate just happened to deliver to me — born of the “right” parents at the “right” time in the “right” place. And there are hours when my heart opens to those who are not so lucky. White tears? Perhaps, albeit sincere ones.

I”m spending my working hours now in the 1950s, thinking of those women who led the way, before feminism was even a term, and certainly not yet a term of derision. I consider the women poets of the time, that prickly group who were often their most prickly with and about one another. None garnered the fame they believed they deserved. Only Sylvia Plath’s name generates recognition today, perhaps more to do with her suicide than her body of work. But here I present a work by Muriel Rukeyser. Some things never change. Poets remind us of that.

I lived in the first century of world wars.
Most mornings I would be more or less insane.
The news would pour out of various devices
The newspapers would arrive with their careless stories,
Interrupted by attempts to sell products to the unseen.
I would call my friends on other devices;
They would be more or less mad for similar reasons.
Slowly I would get to pen and paper,
Make my poems for others unseen and unborn.
In the day I would be reminded of those men and women,
Brave, setting up signals across vast distances,
considering a nameless way of living, of almost unimagined values.
As the lights darkened, as the lights of night brightened,
We would try to imagine them, try to find each other,
To construct peace, to make love, to reconcile
Waking with sleeping, ourselves with each other,
Ourselves with ourselves. We would try by any means
To reach the limits of ourselves, to reach beyond ourselves,
To let go the means, to wake.

I lived in the first century of these wars.