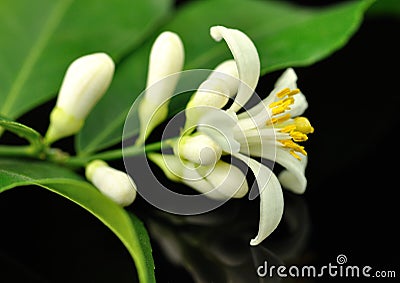 On Lemon Tree Blossoms and Hope —

My lemon tree is safely ensconced on my deck; squirrels and chipmunks scampering around, but not onto, it. I am hopeful.

Yes, I’m hopeful on several fronts – working hard to be.  Hopeful that the critters will allow those six blossoms to have a chance to become actual lemons this year. Last year they left only one – which, of course, I treasured and coddled like it was – well, my first home-grown lemon.

Hopeful that I’ll have a season of lemons, and will be able to inhale with wild abandon that subtle, sweet smell that doesn’t come from furniture polish.

Hopeful that another spring and summer will bring a sense of serenity and accomplishment as I savor days of writing, reading, and thinking.

Hopeful that our political situation will find some sense of humanity, and caring, and common sense so that we can somehow bridge these wide gulfs that have come upon us.

Hopeful that the world will recognize that we are all one.

Maybe It all hinges on a lemon tree. To allow us to step, to think, to hope beyond ourselves.

On (More) Learning from a Lemon Tree

I brought my lemon tree inside a few days ago. The temperatures plummeted to the high 20s, and I didn’t think that my covering it up with an afghan would do the job. and yes, it was time to bring it inside for the winter. I did this with much trepidation – between the cats and my brown thumb, I still am nervous. And there it is, with its one lemon – still growing, turning a lighter green (not quite yellow) every day, and getting a little softer to the touch. How will this abrupt change of domicile affect this beloved piece of fruit that I have been tending each day?

And I think, I hope, perhaps I can too, this political and national storm that rages around us. I still cannot bring myself to watch TV news; I still change stations when NPR national news comes on. I do listen to BBC World News, so I am not totally unaware, though most times I would like to be. And I am doing my part, something, however small, but something.

I have subscribed to Wall-of-Us.org, an organization that sends weekly emails with specific actions that can be taken. The founders, two “nasty women,” I think/hope, are doing a tremendous service for those of us who know that we need to move beyond hand-wringing to action. And if we all do one thing, even one small thing, somehow that has to count. At least with us.

And my lemon is hanging on. We must as well.

Another Sunday, A Novel of Historic Baltimore, http://www.cynthiastrauff.com

On Learning from a Lemon Tree

The next morning, I started my search. Phone calls to three local nurseries all told me that it was too soon to purchase one. “Wait a few weeks. The weather will be warmer. They need warmth to thrive.” But, redoubtable and focused, I found a fourth nursery, who said that they might have one in the hot house. They also told me that it was too soon, but as soon as I heard that they might have one, I was unstoppable in my quest. I drove the twenty miles, found what appeared to be a temporary employee who was obviously hired only to water the plants in the hot house, and we began our search for the lemon tree that “might” be there. Only by the tag, which showed a Meyer lemon tree replete with bright yellow lemons. Eureka! As I dragged it to the cashier to pay for it, she said to me, “You know it’s really too early to move this out of the hot house.” I nodded sagely, implying that, of course I knew that, and had made adequate provisions for its transfer.

I had not. And yes, it was too cold for this fledgling to be outside; and yes, it was too cold for it to be on our unheated sunporch. So, on to the kitchen table, where it would receive bounteous sunlight. Our cats chewed plants, flowers, so that we could not have greenery inside the house, unless it was high and undiscernible to feline eyes. But this, I reasoned, was a tree. They would be able to discern that. They didn’t.

And after finding regurgitated lemon tree leaves throughout the house, I moved said tree to the sunporch, wrapping it fondly at night, and hoping that the sun would somehow beam down from the west, and not only did it survive, it even presented me with six blossoms. I was ecstatic. For the first time, perhaps, just perhaps, I could actually have success with something green.

In time it moved to the deck, and seemed to be quite content there. More blossoms. And then, one morning, four miniscule lemons – the size of a good-sized seed, but still, visible to the naked eye. Each morning I’d rise early to check. Still there. Not growing, but still there. Until….one morning all buds gone, devoured I’m sure, by a nocturnal visitor.

But I still visited early each a.m., sure that this tree would not fail me. And one morning, two tiny hard green things, which had to be lemons. Tree vs. animal – tree would not give up. And they grew, slowly, while I gave silent thanks to the god of lemons.

Last week, only one lemon remained. Unripe, so I hope that the creature who stole the second didn’t get dyspepsia – or maybe I hope he did.

So here I am, nurturing my one remaining lemon. It is still dark green; it is still rock hard, but this morning I think I glimpsed a glimpse of yellow. I am hopeful.

So, what have I learned?

That you can watch, you can nurture, you can hope, but nature always trumps humans, whether it’s the Outer Banks, Calvert Cliffs, or a sweet lemon tree on my deck.