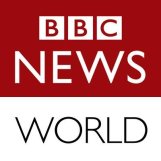 On Speaking Up, Speaking Out, and Returning to a Rhythm

Sanity is a valuable possession; I hoard it the way people once hoarded money. I save it, so I will have enough, when the time comes.” —Margaret Atwood, The Handmaid’s Tale

Equanimity, logic, a semblance of order is returning to my life. The days of hysterical disbelief are behind me now, though I still cannot watch TV news, nor listen to NPR. My conduit to the political reality is BBC News, the outrageous delivered in palliative tones, so that I can absorb what is being presented without driving off the road. I check Facebook sources before reading, and have found that I am better off limiting my time and energies in that regard. Yes, lucid thought has almost returned.

That is my wish for all who are affected by this election – those who are pleased, as well as those who remain astounded. When it appears that our president-elect has made a rational decision – as in not prosecuting a political opponent, I am amazed that some of his worst critics now say that he is reneging on his campaign promises. While I am not yet in a place where I rely on his word, why would one be critical of such a move? The “I-told-you-so” rejoinder seems to have outstripped common sense. Would that all of us can return to judiciousness soon.

And that is not to say that becoming more measured is the same as accepting statements, beliefs, actions that violate our beliefs. Rather it is a way to channel energies and efforts in ways that can be heard and not criticized nor denigrated as ravings of sore losers.

So I am hoarding what sanity remains. I will focus my political efforts. I’m not a joiner; I won’t be going to Washington in January, though I truly support those who will be there. I will speak up and speak out if I see anyone denigrated, including myself, and work hard not to denigrate those who don’t agree with me. I will work, with my time and my money, for universal health care, and try to figure out what one person can do.

And get on with the rhythm of my days. 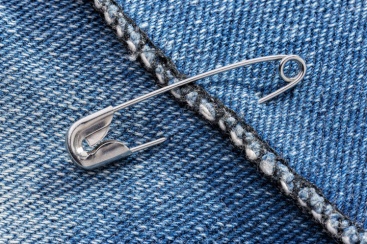 Like many, I am shell shocked and grieving for this decision our country has made. Those five stages of grief, I haven’t worked through to acceptance yet, not in my heart, though my brain tells me what has happened.

My world has been held together by my friends, my lovely daughter, and by a Facebook group of women and men called together for a cause – thank you Pantsuit Nation. You’ve been a lifesaver. As the voting period began, I was struck by the number of women, of all ages, who reported tears as they voted for Hillary, so symbolic was it for them. And then, the outpouring of disbelief and heartache on Wednesday.

I surprised myself that I cried for two days, thinking that I was old enough, and jaded enough, to understand that life works in mysterious ways, that good does not always triumph. But, really, I never thought that this could happen.

But happen it did, and even with the bitterness of Hillary garnering the popular vote, the Electoral College is what we have. And so it goes. We cannot say that the president-elect did not tell us who he is. And those who hide their racism behind whatever excuse they use, as Frankie said to Grace, “I call your bullshit.”

And now to channel this throbbing energy into something positive, toward a direction that can neutralize the racism and misogyny that believes it has full throttle by the election results, I am doing something, however small. I’ve set aside contribution dollars for those groups that will need support now more than ever, and I’m wearing a safety pin. Not much, I know, but it is something. And something is all each of us can do.

We will get over this. But we will never be the same. 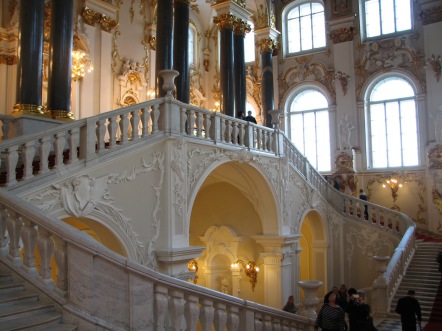 While putting off working on my book, I, naturally, went to Facebook. There I was confronted with a post from Southern Living detailing the interiors of some southern sorority houses. I admit, I did not read the article, so put off was I by the graphic, which featured one interior that would put St. Petersburg’s Winter Palace (above) to shame. Truly, all it needed was Carol Burnette descending the stairs wearing the velvet curtain (and rod) from her wondrous spoof of Gone with the Wind. And I also admit that I could not resist writing a rather snarky comment, containing, perhaps, the word superficiality.

I blithely went on avoiding the work of the day, and a few hours later, when, of course, I returned to Facebook, there were responses to my response. Go figure! There was an accumulation of “likes.” Who doesn’t appreciate that?  But many of the comments were blistering. I was called out as bitter, stupid, ignorant, liberal, and a Communist. One responder was sure that I lived in a pigsty and encouraged me to eat <expletive deleted>. None of these comments made me feel more affectionate toward sororities, though, yes, I do know about the “extensive” charity work they do. And, truly, my snark was not about the women who choose to belong to these groups (indeed, “some of my best friends,” including one to whom I gave birth, were in sororities) but about the lavishness of the houses they choose to live in.

Needless to say, these responses seemed more than a bit defensive to me, while, unquestionably, I found those judgements supporting my view to be logical, well-reasoned, wise, and in the best of taste.

And so I went to thinking about Facebook, about how we can inflame and be inflamed by comments of strangers that run the gamut from off-the-cuff, to snarky, to mean-spirited and vitriolic. And how one person’s snark can be another’s body blow, since we all bring our filters and our demons to the page.

Well, yet another lesson learned. But I still think I’m right about that lavish staircase.

Despite the fact that my lovely daughter posted a picture of me at my most hip phase (taken slightly more than one year ago), and despite the fact that I have criticized Facebook posts and posters for being opinionated, intolerant, crass and narrow-minded (all of my blog followers excepted), I hereby proclaim that I love Facebook.

I celebrated a birthday this week, and hearing from so many people I care about, who are important to me, those I don’t have a chance to see or even interact with except on Facebook, brought front and center the breathtaking ease of electronic linkages. And connections, with those who have touched our lives, who touch our souls….isn’t that the core of life?

So here is a special thanks, to each of you I’ve been lucky enough to know, to each of you who has enriched my life, even if you’re not on Facebook. You made my birthday more than happy; you gave me a day filled with delight.