On the Death of a Sister…

One of the few pictures of us together. See much love here? Me neither.

Maybe she loved me, later on, when I was always there to babysit for her children. Or maybe not. And now I wonder if I ever loved her. I thought I did, though perhaps it was only longing, longing to be special, longing to be beloved.

She was complicated. That’s one way of putting it. She could be charming; she could be kind. And she could be vicious, a laser-sharp cruel streak that makes my heart seize in its memory.

She was my sister.

I intruded upon her world after twelve years of having our parents to herself. The one she loved was our father. The one she hated, or so it seemed, was our mother. And the introduction of a fourth person to that troubled triangle disrupted whatever balance they had assembled over the years.

I was docile, loving,with a craving to please. She was confrontational, angry, seemingly immune to disapproval or reproach. She saw me as weak, a coward. Most likely, I was. I know I was where she was concerned.

Hostile, angry, prone to violent outbursts toward me, out of sight of either parent, she was a master of physical and verbal abuse. Not a fair fight, she a teenager, me a toddler, though she relished her victories.

She was not one to tell the truth. I think her lies made her feel powerful. And I never called her on any of them. I was afraid, afraid that if I did anything to displease her,including standing up for myself, pointing out her “inconsistencies,” that she would have nothing to do with me.

Which she chose to do anyway.

“You will see her once more, but you will never get what you want.” A tarot-reader answered my question almost twenty years ago. She was right.

A decade ago, we met in a restaurant and sat across from one another, polite strangers. I complimented her hair, still thick and auburn after rounds of chemotherapy. It was a wig,she told me, with an air of superiority and a smirk that I had been so naïve, so gauche, to mention it. Or so I interpreted it. I noticed that her nails were ragged and unkempt, and curled my fingers to hide my manicure. We parted in the parking lot, she leaning away as I moved to embrace her. It left me off-kilter.The last time I saw her.

My wounds, most of them, have healed. And I see now that she also had wounds, deeper than mine, though I know that I will never fathom why.

Would that it had been different, we, victims of generations of puzzling family fractures. And I’ll always carry a sadness, somewhere, not too near the surface.

Dear sister, I wish you well. I wish it could have been different. 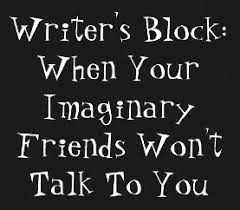 On Being a Writer Who Doesn’t Write…

These days even calling myself a writer fills me with anxiety. I’m somebody who writes. Yes, I am. Just not much these days. Or should I be honest and admit that I’m writing nothing. I’m hoping that this piece, that writing this, putting my anguish out there for the world (or those few who actually read what I post) will do the trick, will get me out of my rut, will spark the engines. I could go on…but, for you, dear reader, I won’t.

I’d never used the term “writer’s block.” I always thought of it as too easy an excuse, one that could be used when it was just too hard to think of something to say, when “your imaginary friends” had other things to do, other writers to grace, or when you realized that what you wrote was just a word ragbag, too full of fancy adjectives, or synonyms, or Victorian phrasing.  I’ve experienced all those, but somehow was able to keep at it, knowing, deep down, that I could do better.

But for the last months, truth be told, I just had nothing to say. Well, that and a major dose of laziness. Each morning, I’d tell myself that at least I’d sit at the computer and do more than answer emails and read like-minded Facebook posts. And each day I would do only that. I still had nothing to say.

I couldn’t find a book that enthralled, and after binge-watching The Americans, no Netflix, Prime, or Acorn captured me. I was nothing but a mess.

And then the cloud parted, or at least became a bit more gossamer. I found books I liked – Tana French, Daniel Pink, Bill Bryson, H.L. Mencken, Lianne Moriarity. No pattern that I could discern. Some readings by author friends,. each in her own way nudging me back to the keyboard, if only to write that I cannot write.

And so here are 300 or so words. A start. And it really doesn’t feel that terrible. Fingers crossed that I will hear good news about the one story that I did write this summer and submitted for inclusion in a commemoration of a favorite author. And even if it is not accepted, I sense that my imaginary friends are on their way back to me. I will welcome them with maple tea and stale Krispy Kreme donuts. They tell me that combination is one of their favorites.