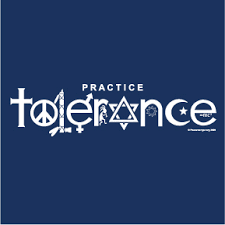 Tolerance, Part II; It Is Complicated…

The ongoing saga of my experience with tolerance.

Last week I wrote that tolerance is hard. This week I found it to be complicated. It continues to involve my SHIIP client. (SHIIP volunteers work with people to help them with Medicare and related issues.) Last week I wrote about this gentleman, on disability, now eligible for Medicare coverage. His income is limited; he would most likely be eligible for special help. When I gently suggested this, he vociferously claimed that he would not, would not be one of those people, and proceeded to give me extreme examples of those people taking advantage of benefits offered. Perhaps they were accurate. I would say in my experience they were not.

I wrote about my journey to tolerance, my journey to continue to care about and respect someone whom I believed had both their facts and attitudes in the wrong place, I, of course, knowing just what and where that right place was. I was upbraided by one reader and placed in a category of his choosing as one of those people. I wasn’t sure what group he meant, but I don’t think it was intended as a compliment.

So my client returned this week, asking if I could help with his application for special help. He was chastened, I could tell that, and my heart went out to him. I’ve been humbled in my life, and it is not a feeling that I would wish on anyone. And after we completed the form, I turned to talk to him, to assure him that benefits are there for those who need it, that it is not a cause for shame, and that, actually, his acquaintances, his friends, need never know if he chooses not to tell them. I went out on a limb and said that if his buddies would look down on him, then he needed to find new friends, for they were not friends at all. I said that, certainly, if his best friend cared about him, he would understand and be supportive.

He was quiet, then looked at me and said, “I think that you might just be my best friend.”

How to respond to that? I shook his hand and wished him the best.  And I meant that from my heart. He may not have voted for my candidate; he may have a gun rack hitched on his truck. I won’t change that. But, for one day, at least, I think we both saw one another, beyond our politics and closely held beliefs. For one day, at least.