Sometimes a book just appears in our lives — a delightful langniappe that stays with you, one that just might change your life. I happened upon Nuala O’Faolain’s Are You Somebody years ago – a chance encounter at the High Point Library, long before I ever dreamed that I could actually be a writer. I thought, reading her memoir, that if I ever wrote, that’s how I would want to do it. Her searing honesty stayed with me, and in every word that I put to paper, I endeavor to be as honest, as authentic, as she. 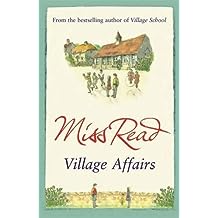 Another chance encounter, shortly after I moved to Greensboro, came again in a library, this time a tiny branch that was soon to be replaced by a modern, up-to-date location. This branch still had catalog cards, and was a delightful escape from the pressures of my very modern job. And there I discovered Miss Read, a sort-of 1950s answer to Alexander McCall Smith. Her tales of an English village where nothing really ever happened proved just the ticket to an evening of unwinding from a job where my brain was full-wired and ever-alert. And then there are the lovely suggestions of friends, those who know more about you than you imagine. One such friend, from my Chicago days, looked at me shortly after we met and said, “I’ll bet you’d like Barbara Pym.” And was she ever right. Those stoic women-of-a-certain-age and their quiet courage certainly influenced me personally and in the characters I portray in my novels.

And now toStoner. Ah…John Williams’s book reached down into the depths of my heart, and I am ever grateful to dear Jane for recognizing that resonance.

And from my Raleigh days, I learned about E.F.Benson and Mapp and Lucia. Kathy, a quilter, a knitter, and a reader, opened my eyes to this writer and his fictional band of characters. I even visited Rye to walk the bricks that Miss Mapp and Mrs. Lucas had fictitiously trod.

And finally Alice Steinbach’s Without Reservations. This recommended by a distant relative, whose reading menu I respect impeccably. I thought that it would be a worthwhile read, but was delighted to read of Steinbach’s honest insights on being on one’s own, of learning, digging deep, to find just who she really is.

So, this are just a few gifts that have made my reading life, or rather my life, my soul, fuller, deeper, more committed. I pass these few on to you with the hope that some, maybe even all, will do the same.